For analysing data and comparing distributions, I often want to overlay two histograms. Without further options, however, one distribution usually overlays the other and makes comparisons cumbersome. It is possible to set a few options to make the figure look nice.

In this example, the bars of variable VAR2 have a red border and transparent body, whereas VAR1 is shown as in its default colors (both border and body is set to gs12). 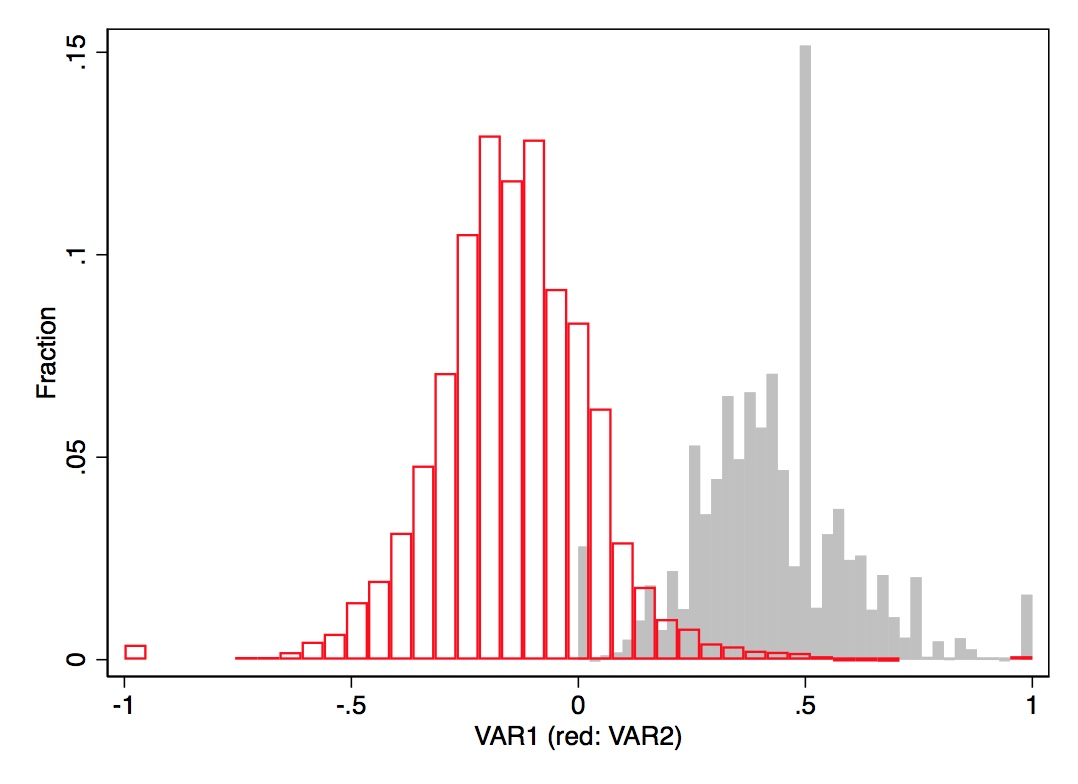 3 thoughts on “Overlaying histograms in Stata”